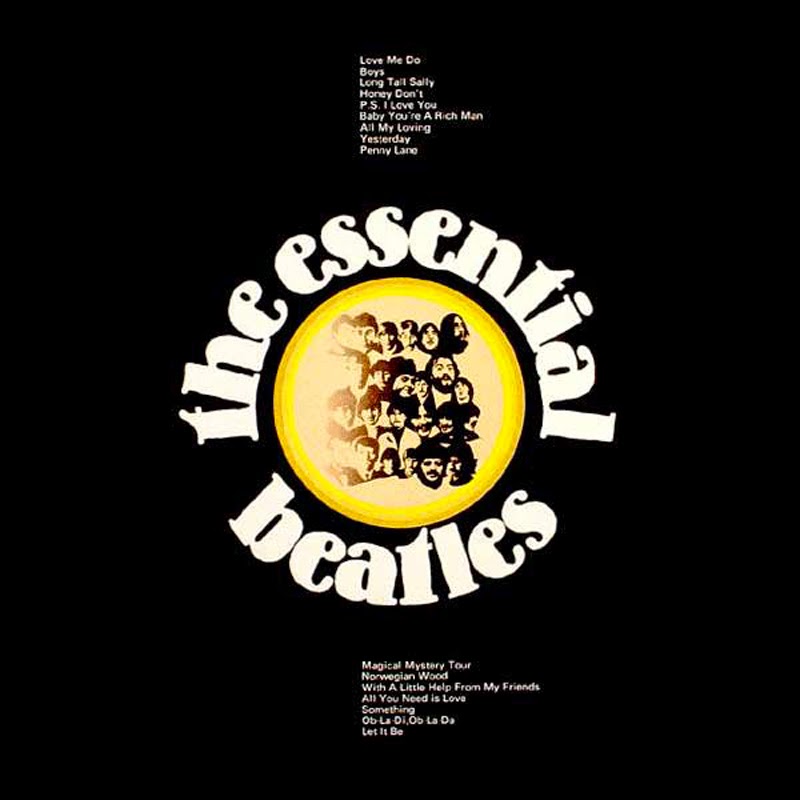 The first Beatles album I ever owned was a cassette copy of The Essential Beatles.

My uncle made that tape for me from his vinyl, and I played it a lot even though I have no recollection of the device I used.  I didn't have my own cassette player until I was older and I think dad still had a reel to reel at that time. But that cassette was my real introduction to Beatledom.

Looking back I find it odd that it was issued with that title. While I personally consider all Beatles music to be pretty much essential, many of these songs don't really fit that description. It's true that apart from one track (With A Little Help From My Friends) every song hit the top 3 on the Australian charts, but what is not clearly stated is that some of them were as B sides of singles or filler tracks on EPs.

Honey Don't, Baby You're A Rich Man and P.S. I Love You? Hardly essential. But it means, of course, that while I was still in primary school I was listening to Beatles songs that many of my friends probably still have never heard.

I've always quite liked the cover design  - tasteful, and certainly better and more relevant than those on other compilations, such as Rock 'N' Roll or Love Songs. And the rear, with its graphic showing the evolution of the four lads behind the timeline of tracks, is rather lovely.

Along with the odd selection of tracks there are a few sonic oddities on it as well. The left and right channels on Long Tall Sally have been reversed, and despite not including a stereo mix of Baby You're A Rich Man, they managed to source one for Penny Lane which not only runs slow but has a distinct warble. Very strange.

And yet this is the configuration in which I first came to know these songs. I recently played the album for the first time in almost thirty years, and I found I was able to anticipate the next song, and the next, and the next.

As a collection, I like it. It works. Or maybe it's just because for me it's nostalgic and familiar. 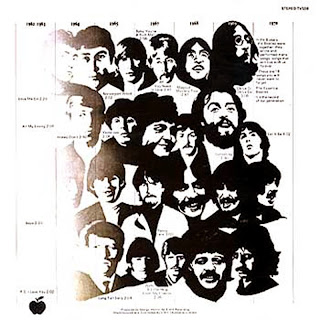 
Love Me Do
Boys
Long Tall Sally
Honey Don't
PS I Love You
Baby You're A Rich Man
All My Loving
Yesterday
Penny Lane
Magical Mystery Tour
Norwegian Wood (This Bird Has Flown)
With A Little Help From My Friends
All You Need Is Love
Something
Ob-La-Di, Ob-La-Da
Let It Be
Posted by The Doc and the Guv at 05:00