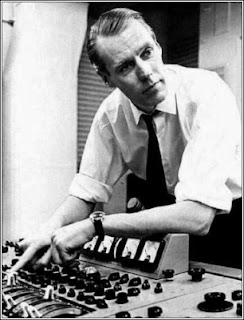 In his 1979 book, All You Need Is Ears, George Martin recounts how in April 1962 he received a phone call from an EMI music publisher named Sid Colman*."There's a chap who's come in with a group he runs," said Colman. "They haven't got a recording contract and I wonder if you'd like to see him." 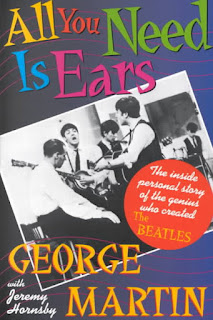 "Certainly," replied Martin, the A&R man who recorded acts for the Parlophone label at EMI, "I'm willing to listen to anything."

This was true. By 1962, Martin was best known for making novelty and comedy records with folks like Peter Sellers, but he hadn't scored a "pop" hit on his Parlophone label. 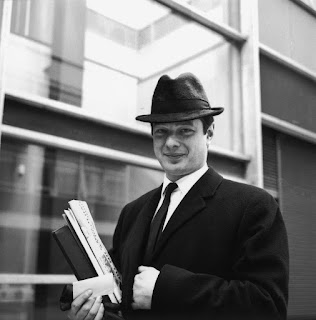 On February 13, 1962, Martin met with a gentleman named Brian Epstein who hyped a Liverpool band he was managing, The Beatles. He played Martin their audition tape, which was recorded for Decca Records which turned them down. In fact, every label, including EMI, had turned down The Beatles. The relentless Epstein was transferring the tape to disc at HMV Records on Oxford Street five days earlier when the engineer there, Jim Foy, liked what he heard and rang Colman, whom he used to work with at EMI.


Martin considered the audition tape mediocre (and to be fair, it was), but he was intrigued by a "certain roughness" in the sound he hadn't encountered before and found "something tangible" that made him want to hear more. So, Martin booked The Beatles for a recording test for June 6 at EMI's studios on Abbey Road. "It was love at first sight," wrote Martin.

But is this true? Did Martin sign The Beatles after their June 6 audition?

No, according to Beatles scholar, Mark Lewisohn. In Tune In, his mammoth 1,700-page history of the group that runs through the end of 1962. Lewisohn, as Beatles fans know, is the pre-eminient Beatles scholar, the group's historian whose books over the years demonstrate a depth of knowledge and research untouched by anybody else. (And I'm writing this as a professional researcher and journalist myself.) In other words, Lewisohn knows his stuff.

According to Lewisohn (who lists his sources), The Beatles were signed to a recording contract, because Sid Colman wanted the publishing rights to the Lennon & McCartney originals, Love of the Loved, Hello Little Girl and especially Like Dreamers Do, which he had heard on the Decca audition tape, and envisioned a hit single to be paired with another original composition. But since Coleman ran an EMI publishing company, Ardmore and Beechwood, EMI had to sign The Beatles to a recording contract for Colman to secure those copyrights.

Right after he met with Epstein, Colman spoke to his right-hand man, a tireless song plugger, Mr. Kim Bennett, who also heard great promise in Like Dreamers Do. Colman, and especially the persistent Bennett, lobbied EMI's A&R men (the men who signed acts to recording contracts) to grab this Liverpool band with the weird name, but nobody cared.

Then, Bennett suggested to Colman, "Why don't you go across to Len Wood and say that if EMI give us a record, we'll pay for its cost. Because it's a group, it'll be a straightforward musical production. No orchestra. We'll have got two copyrights for the next 50 years, plus maybe a royalty on the record."

Len Wood was EMI's managing director and the boss of EMI's A&R men. Colman pitched his idea, but Wood sympathetically turned him down. Oh, well. Colman and Bennett went on with other work...

Meanwhile, Martin met Epstein on February 13, but Martin didn't like the audition tape and saw no promise in his Liverpool group. Nothing came of that meeting. Zero.

Soon after, George Martin asked his boss for a raise and, astoundingly, a royalty of the records he was producing. Nobody got that at EMI, said his boss, Len Wood. The two men didn't get along. Wood, an ex-soldier, played everything by the book and refused this upstart both requests. Martin threatened to walk and Wood didn't care. No love lost.

Martin needed the money, because he was having a secret affair with his secretary, Judy Lockhart Smith, yet he was already married with two young children. Sure, people had affairs in 1962, but they were socially unacceptable. To make matters worse, Len Wood was a churchgoer. When Wood somehow caught wind of Martin's affair, he had Martin by the balls. But he couldn't fire Martin, because EMI chairman, Sir Joseph Lockwood, liked Martin and, besides, Martin was damn good at his job.

Back to Sid Colman. He pitched Wood The Beatles idea again and this time Wood said yes. Bennett recalls, "After a short, stunned silence, I said, 'Oh? Who's gonna do it, then?' [And he said,] 'George Martin.' The Beatles record," Bennett explains, "was going to be made as a gesture to Sid, to give Sid Colman a sop. Len was going to bow to our wishes at last."

And stick it to George Martin, who had no idea what was going on until Wood ordered him to sign The Beatles. Both Ron Richards, Martin's assistant, and Norman "Hurricane" Smith, a balance engineer at Abeey Road studios (who would engineer The Beatles' records through Rubber Soul) corroborate this story. "L.G. Wood didn't approve of people having affairs," he says. "L.G. virtually ordered George to record The Beatles."

And the rest, as they say, is history.

Postscript:
It's doubtful that The Beatles or Epstein ever knew about the roles Kim Bennett and Sid Coleman played in getting the band signed to EMI. To the best of my knowledge, George Martin hasn't responded to this version of the signing, but it's true that he was charmed by The Beatles when they met on June 6, 1962 at Abbey Road and, of course, he recorded virtually all their music.