Where In The World? 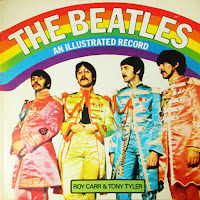 For many years, The Beatles: An illustrated Record was the discography most readily available to Beatle fans. First published in 1975, it is a chronological overview of all Beatle and solo releases until that date. While still enjoyable, and accurate for the most part, it is basic. As such, it's fine as an introduction to their UK releases. But that's also its major failing. Here at the Rowboat Syndicate, we grew up with several releases peculiar to our own countries, Canada and Australia. Some of the entries related to albums that were simply unavailable to us, while omitting several which were familiar.

These days, there are several discographies available to the Beatle fan who is more than just a casual listener. Here are a few:

Subtitled 'Beatles sleeves from around the world' the books contain exactly that. Unfortunately, there's little in the way of structure. The sleeves are neither ordered by year or country, and are only labeled by country of issue. There's no real information on release dates, variation notes, tracklistings or oddities.

I flick through these books randomly from time to time, enjoying the pictures that are there. The author has included some unusual pieces, such as promotional postcards, but again the selection and inclusion of these items seem random. These books are not particularly cheap, either. And with postage from Europe, it all makes for a truly expensive experience.

Moltmaker also publishes a four volume set covering EPs and singles from around the world. These appear to be more valuable to the serious fan than the ones above, but I have yet to see a volume dedicated only to album sleeves.

This is more like it. A two volume set, with part one covering albums and part two covering EPs and singles. The listings are organised according to country of issue, then sorted by release date. Alternates, reissues and oddities are included, along with brief notes as required.

Christoph Maus has done an excellent job in compiling these books. (And, although I haven't seen them, a similar series for The Rolling Stones) It's well organised, appears complete, and has good, clear photos of covers and labels This is the set I return to time and time again just to read for pleasure.

Considering the size and detail included, the price is quite reasonable. But once again the postage from Europe is a killer.

Recommended for those of us who love reading about the different international releases, artwork and their variations. 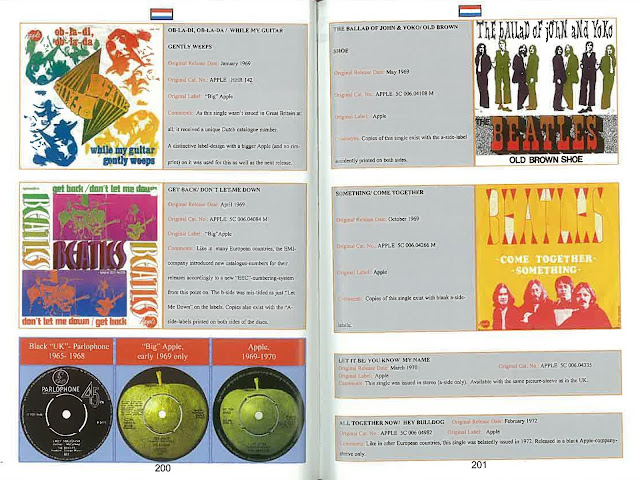 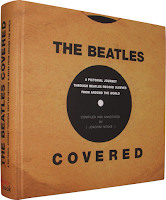 Joachim Noske has written the masterwork on Beatles' releases. It's a heavy tome, 12" square and 800 pages long, and it appears to be thorough beyond belief. Limited to only 500, this book is unfortunately out of print. I recently emailed the author, but he has no plans for a reissue. It wasn't cheap to start with, but used copies trade for insane prices on the internet.

This is one book I would love to own.

This is one book I am unlikely to ever own. 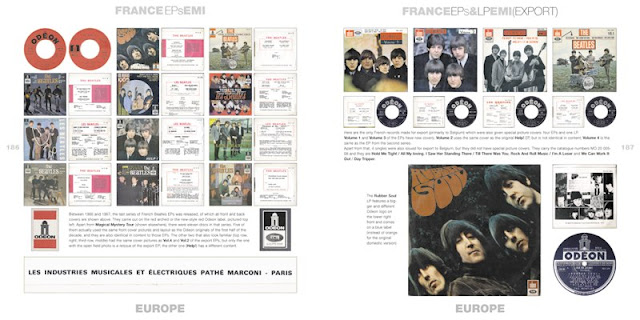 I don't own too many vinyl bootlegs, but I'm fascinated by them. I have, however, managed to pick up a few bootleg CDs over the years, and I listen to them reasonably often.

John C. Winn is the author of an excellent series of books on the Beatles recording sessions. (Way Beyond Conpare, That Magic Feeling and Lifting Latches) He's also written Beatlegmania, a discography of bootleg releases. Chronologically listed, the four volumes display the artwork, give detailed tracklistings and notes where appropriate. Alternative covers and reissues are included, and although bootleggers are secretive by nature, Winn makes every effort to navigate the murky waters of their labels, sources and pressings. Comprising mostly vinyl, Volume 4 delves into the first of the bootleg CD releases. I'm still waiting information on future volumes in the series.

They're a light, casual read, and definitely recommended for those who love releases from the dark side of the music industry. 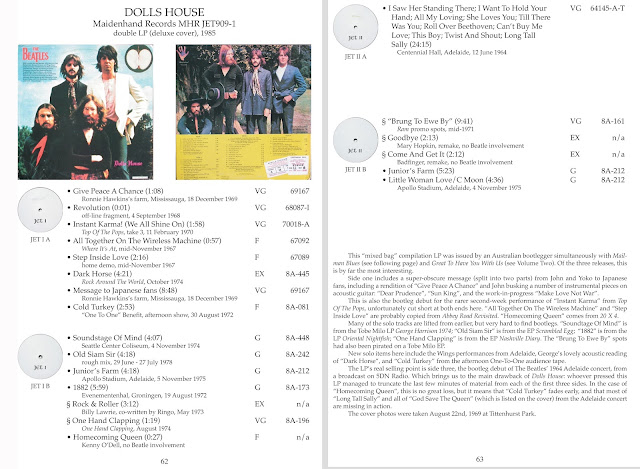