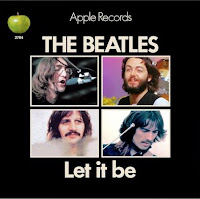 John Lennon once said in the early-70s that if Beatles fans wanted another album after Let It Be they could just grab songs from each of their solo albums.


The recorded output by the ex-Beatles in 1970 shows that their creative juices were still flowing. For the most part, their singles and albums were hitting the top ten, and some were scoring with the critics, notably John Lennon/Plastic Ono Band and All Things Must Pass.

The only problem was that John, Paul, George and Ringo couldn't all be in the same room together, which is a small obstacle to the recording process.

Taking John's idea idea literally, I assembled what could have been the Beatles' fourteenth album which would have been released in late-1970 in time for the Christmas market.

In selecting the tracks and running order, I followed these ground rules as set by previous Beatles albums:
Ladies and gentlemen, the unreleased fourteenth Beatles album:

singles:
Instant Karma / Teddy Boy (Get Back sessions)
It Don't Come Easy / Apple Scruffs
What Is Life / Look at Me 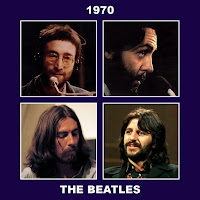 By 1970, John had kicked his heroin habit and was recording more music again. His presence on this album would match Paul's after taking a dip on Abbey Road and Let It Be. George comes to the fore as the third composer of the band after his outstanding efforts on Abbey Road. I gave him added prominence by closing the album.

Selecting a title is difficult. All Things Must Pass would send a signal to fans that The Sixties—and the band—were over, but I know that John and Paul would never name a Beatles' album after a George song. So, I have no name for this album and for my iPod simply call it 1970.

1. Instant Karma (John)
An easy choice. Every Beatles album opens with a bang, a catchy rocker that rightfully was a hit. Also, John's count-in recalls I Saw Her Standing There and Taxman. No other solo Beatles song from 1970 comes close to opening the album.

2. Every Night (Paul)
The second song contrasts the tempo of the opening by relaxing the mood. This beautiful mid-tempo song by Paul is a highlight from his first solo album.

3. It Don't Come Easy (Ringo)
Do I go back to John or introduce George in the third spot? Guess what: Ringo. Per tradition, Ringo has one song on this album and it's his best songs from 1970. No surprise it was a hit single. An unwritten rule is pack side A with the stronger songs and this song maintains this exceptional quality.

4. Wah Wah (George)
Now, George has to appear. He has too many good songs in 1970. Placing him fourth opens the album democratically, with each ex-Beatle getting his turn to stand in the spotlight. The trick was choosing which song off the massive All Things Must Pass to place here. After two mid-tempo songs, I wanted to return to a rocker, the harder the better. This was it with its dense mix of guitars, horns and vocals.

5. Working Class Hero (John)
After George's blistering guitar tour-de-force, we need to change the mood yet offer a song as strong as the predecessors. You could argue that The Beatles, especially Paul, would have never allowed the F-word to be uttered on a Beatles record (excluding Hey Jude where “fuck” was buried in the mix). Then again, John sang “Christ” in The Ballad of John & Yoko with Paul on harmony, and John got Revolution 9 onto The White Album. Some may question the harsh tone of this song, and by far it is the most confessional song on my album, but I argue that WCH is just too powerful to leave off this album.

6. Man We Was Lonely (Paul)
This song closed side A of Paul's solo album and I thought it would work here, too. After Working Class Hero, we need to hear something that'll stop us from slitting our wrists and Paul's refreshing song does the trick. The long extro lowers the curtain on side A.

1. What Is Life (George)
I needed George back and this perfectly opened side B of All Things Must Pass. Another galloping start.

2. Love (John)
Similarly, this was the second song on side B of John's album and I thought it would work here, contrasting the frenzy of George's previous song. It was also time to return John to the mix.

3. Junk (Paul)
Back-to-back ballads don't hurt (like the acoustic-heavy side B of The White Album. This is one of the songs from McCartney that I wanted on this album, but didn't feel it was strong enough for side A. (I prefer The White Album demo, actually.)

4. Remember (John)
Back to a rocker. This is the last of John's songs on this album.

6. All Things Must Pass (George)
Was there any other choice? George never closed a Beatles album, but this tune that he wrote during the Get Back sessions and that the group nearly recorded sums up this album, but also the end of The Sixties and The Beatles themselves. Fade out.

I strongly doubt that The Beatles would pull three songs off the same album as singles. Typically, they pulled one to give the fans' their money's worth (excluding Please Please Me where the singles were released before the album). Most likely from this album, the band would have paired Instant Karma and It Don't Come Easy as they did with Come Together and Something. FM radio stations played Maybe I'm Amazed like a single back in the day, but Paul resisted the demand to issue the song (until the amazing live version in 1976).

That said, the singles above are more like potential singles with B-sides that fell short of making the album. Of course, the A-sides were in real life singles that charted well back in the day.

What Songs Were Left Off and Why

John: Mother, Hold On John, I Found Out, Well Well Well, God, My Mummy's Dead
Of all the solo Beatles albums in 1970, John's was the most personal, self-referential and extreme. The songs on this fantasy album had to possibly been recorded by The Beatles, and these tunes about John's dead mother and the end of The Beatles miss the mark by a mile. Could you imagine John singing I don't believe in Beatles on a Beatles album (though I'm sure he would've tried).

Paul: The Lovely Linda, Oo You, Momma Miss America
I love the McCartney album. It's refreshing and unpretentious, full of fine songs. I admire the stripped-down production. But these songs are a little too unpolished for a Beatles album and contrast too much with George's Wall of Sound to belong on the same album. 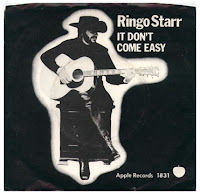 George: My Sweet Lord, Awaiting on You All
Could you imagine John and Paul singing Hare Krishna in back-up?

Ringo: Sentimental Journey, Beaucoups of Blues
Ringo has one spot on any album, and that spot belongs to the hit It Don't Come Easy. These old standards and country tunes are too left-field for this fantasy album.

Richard Linklater's Boyhood suggested The Black Album (compiled by Ethan Hawke) which gathers solo-Beatles songs post-1970, but that doesn't work for me. After 1970, the styles of the four Beatles diverge too far already. 1970 is pushing the limits as it is, but 1982? Forget it.

John's political activism and midlife crisis don't blend with Paul's sentimentality and George's holy preachings. Imagine and Mary Had A Little Lamb on the same album? The Guv, one half of the team here at The Rowboat Syndicate, agrees. His take on The Black Album can be found here.

If nothing else, 1970 proves that if John, Paul, George and Ringo wanted to, they had enough powder in their collective cannon to fire off another great album. The songs were there. The records charted high upon release and the music stands the test of time. What was missing what the chemistry of the four of them playing together. What's missing from all these songs—as good as they are—is The Beatles' trademark harmonies and the sound of them playing together. By 1970, the dream was over.
Posted by The Doc and the Guv at 05:00