Today is Ringo's birthday and to celebrate we list his eight shining moments as a drummer, singer and actor: 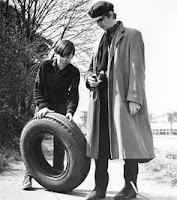 Ringo's tom toms kick off the first monster Beatles hit and his relentless hi-hat carries the song at a blistering pace for the next 2:18. His drumming is the perfect bedrock for the infectious hooks that John and Paul lay down. From now on, Ringo's hi-hat wash would be a trademark sound of the Beatlemania era, propelling songs such as Roll Over Beethoven and It Won't Be Long.

A Hard Day's Night (the 1964 film)
I would argue (and director Richard Lester would agree) that George was the best actor in The Beatles, but Ringo's performance here is the most memorable. His sequence playing hooky with a truant kid is charming. Ringo is a natural onscreen.

Ticket To Ride (1965)
True, Paul directed Ringo on playing the complex rhythmic patterns on this Lennon song, but Ringo executed them beautifully. The drums leap out of the speakers (the left channel in the stereo mix), adding a heaviness to this mid-tempo rocker. The drum fills are inventive and forceful. The link above isolates the drums and Paul's bass. 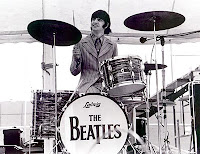 She Said She Said (1966)
Many, including Ringo himself, would say that Rain showcases his drumming at its finest, but I prefer this biting rock song from Revolver. Ringo's idiosynchratic drumming follows no recognizable pattern before or after this song was recorded in spring 1966, but its eccentric patterns finely complement John's bitter and sad lyric about lost childhood and death. I would argue that 1966 is the peak of Ringo's drumming in The Beatles. The link above highlights the drums.


Tomorrow Never Knows (1966)
Ringo's drumming is deceptively simple on this surreal pastiche of sound that closes Revolver. It anchors a whirlygig of backwards loops, dark sound effects and a distorted Lennon vocal that explode across the stereo spectrum. Without Ringo's beat, the song would descend into chaos. His drumming itself sounds primal, like an ancient tribal beat.

A Day In The Life (1967)
Like She Said She Said, the drum fills in this song follow no discernible pattern and sound like nobody else. In the documentary The Making of Sgt. Pepper, Ringo modestly explains that he just drummed what felt natural to him. Ginger Baker, for instance, is technically a better drummer and Keith Moon was more showy, but Ringo's fills on this landmark song are economical and memorable. No two fills sound the same, and they complement the experimental spirit of A Day In The Life.

The End (1969)
Ringo's one and only drum solo and it's a stunner. This link isolates his drums. 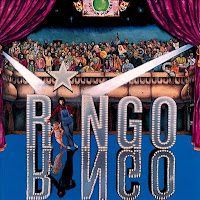 Ringo (1973 album)
Believe it or not, Ringo was the most successful ex-Beatle in 1973. John was separated from Yoko and that dampened his musical output (the disappointing Mind Games), Paul was still finding his voice in Wings (he would break through in 1974 with his masterpiece, Band on the Run, and George released the commercially successful but artistically weak, Living in the Material World. Ringo was a number one album that reunited his former bandmates—albeit on separate tracks—and yielded hits in You're Sixteen and Photograph, which he wrote with George. Other highlights include John's I'm The Greatest and Paul's Six O'Clock. With his limited vocal, Ringo carries rockers, ballads and mid-tempo tunes with ease. Ringo is not a personal statement like John Lennon/Plastic Ono Band but it's a catchy, highly listenable showcase of Mr. Starr.