For 50 years, Help! has been overshadowed by A Hard Day's Night.

Popular sentiment scorns the second Beatles' movie for lacking the wit and intelligence of A Hard Day's Night which is a fictionalized documentary of Beatlemania, screaming girls et al. In contrast, Help! is a cartoonish romp, revolving around a hokey plot about a religious Eastern cult wanting to sacrifice Ringo for wearing a special ring. The Times of London noted in Help! "some sense of strain, more careless and slapdash, thus less funny" than A Hard Day's Night. Even John Lennon complained that The Beatles were “extras" in their own film. So, does Help! deserve its lowly reputation?

Okay, the story is dumb and the chase scenes which dominate the movie are silly, but Help! is a pop art gem. It's a snapshot of mid-sixties popular British, bursting with colour, turtlenecks, long hair, short skirts, absurdist humour and wisps of pot smoke (more of that later). Let's also single out the movie's cinematography, editing and direction which, in 1965, paved the way for rock videos that flourished 16 years later with the arrival of MTV. Sure, there were "jukebox musicals" before Help! harking back to the dawn of rock 'n' roll, but they lacked the visual flair of director Richard Lester.

Backstory: After directing A Hard Day's Night, Lester was awarded a budget more than twice as large to shoot a follow-up. He didn't want to make a colour version of A Hard Day's Night (seen it, done it), and he couldn't make a film about The Beatles' private lives "because by then it was certainly x-rated," he explained many years later. So, Lester took the opposite approach. "They have to become passive recipients of an outside plot or outside threat brought on by a weakness within themselves." 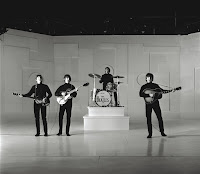 The first idea for a story revolved around Ringo being unable to remain "the one at the back" and so he hires a stranger in a bar one night to kill him. Problem is, Ringo was hammered that night and when he wakes up, can't remember who the hitman is. Unfortunately, a French movie was being made at that time with a nearly identical plot (never released).

Instead, Lester got his hands on a Eight Arms To Hold You, a screenplay written by Marc Behm (who wrote the Grand-Hepburn hit, Charade) that was first submitted to famed British comic actor Peter Sellers. Remember that Lester began his character in the UK directing Sellers' comedy troupe, The Goons, who directly influenced The Beatles' own Liverpudlian humour and helped shape Lester's visual gags in Help! Lester handed the Behm script to a friend, acclaimed playwright Charles Wood, who rewrote it in 10 days to tailor it for the Fab Four.

"It was just an assignment," Wood recalled nearly 30 years later. "I don't think I did a particularly good job." In fact, a United Artists exec regarded the script as "fourth-rate Marx Brothers" but realized that his studio needed to cash in on the box office success of A Hard Day's Night. Fast. The Beatles were considered a flash-in-the-pan boy band in 1965 with a limited shelf life. 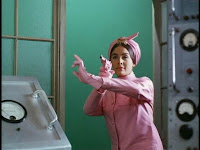 Lester was wise to cast some fine British comic actors, starting with Leo McKern (as Clang) and Victor Spinetti (who also later appeared in A Hard Day's Night as well as Magical Mystery Tour). The inevitable "girl" role went to stage veteran Eleanor Bron (as Ahme) who made her screen debut in Help! Let's face it: their performances cover up The Beatles indifferent acting which was influenced more by cannabis than Stanislavski.

(In 2015, it's politically incorrect to cast white English actors as Indian characters, but being east Asian myself, I'm not offended by the "brownface" here. Nothing in Help! explicitly refers to India, and the film is smart enough to take the piss out of itself for playing brownface. Just watch the start of the Indian restaurant scene where Ringo is astonished that the doorman isn't Indian, but from Stepney.) 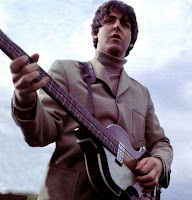 There was a lot of criticism at the time directed at Help! for relying on slick cinematography, exotic locals and flashy editing to cover up a patchy story. Fair enough. Home viewers inevitably fast-forward through the dumber scenes and watch the six musical numbers (including the opening titles). These numbers are really music videos, bursting with clever camera angles, quick cutting and surreal imagery.

Who knows why The Beatles are singing The Night Before on the windy Salisbury Plain, surrounded by tanks and soldiers when they're hiding from Clang's gang? And just who is that guy playing flute in The Beatles' house in You've Got To Hide Your Love Away? Never mind. It looks cool. It's eye candy and fans get to watch their heroes on the big screen playing  rock 'n' roll. 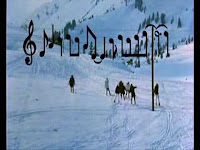 Two sequences stand out. Another Girl showcases quick cutting and unusual and often juxtaposing camera angles to charming effect. However, Ticket To Ride is the film's highlight, shot on the Austrian alps where The Beatles cavort in the snow and ski. The wintry location and images have nothing to do with the song, but the barrage of surreal imagery, such as The Beatles picnicing in the snow, is exciting and infectious. Credit goes to editor John Victor Smith for piecing together this random footage. (Smith would go on to cut many of Lester's subsequent films and assist with the seminal reggae film, The Harder They Come.) Credit also goes to Lester's cinematographer David Watkin (who'd later shoot Oscar winners, Chariots of Fire and Moonstruck).

Most of the praise goes to Lester himself for orchestrating these visuals. It's astonishing to think that Help! was his first film in colour. I get the sense that he's like a kid with a new toy set trying all sorts of ideas. We can trace Lester's visual style in Help! to his 1963 short film with Peter Sellers The Running Jumping & Standing Still Film and his early TV work translating the Goons from radio which both feature Help!'s anarchic, comic energy.

It would be wrong to ignore the rest of the film. Scenes such as the Scotland Yard one showcase The Beatles's cheekiness to authority, and the Intermission, which speeds up nonsensical footage of the band cavorting in the grass, are funny and inspired.

Speaking of grass, yes, there's a message implied in Help!'s visual and verbal non-sequitors and absurdist situations to suggest that The Beatles at least were consuming more than scones every morning on set. Lester recalls that they could never remember their lines and were often giggling between takes.

Help! will forever pale beside A Hard Day's Night, but it remains a charming romp that continues to dazzle Beatles fans and movielovers alike.

A final note: Help! (along with Yellow Submarine) is blessed with a gorgeous 5.1 surround sound mix and must be watched this way in your home theatre.