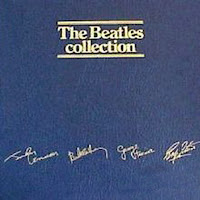 In the late 70s, like many teenagers, I experimented. Unlike others, my experiments were sonic and utilised Beatles records.

I’d saved up my money for months, every penny I earned from my part time job, in order to purchase the blue box of Beatles vinyl albums. And I played those discs non-stop. Experimenting, I used my dad’s reel-to-reel to record and play the introduction to Come Together at half speed (completely awesome, by the way), I played tracks backwards, just to hear what they sounded like (including Revolution 9 and "Turn Me On Dead Man"), and I plugged the turntable into his brand new cassette deck to create my own Beatles medley. Almost forty years later I can no longer remember the reasons I had for doing this, but I selected songs which had a similar tempo, and with many false starts and a fast finger on the pause button, I finally created a track I was happy with. 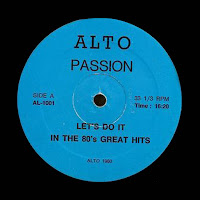 A year or so later, a friend who was a part time DJ, played a track to me. Because it included some Beatles, he figured I might like it. It was a dance medley. A bunch of songs spliced together with some Beatles thrown in. And, I was quick to point out to him, a solo Ringo number. Entitled Let’s Do It in the 80s Great Hits, and credited to an artist named Passion, it was originally compiled by a Montreal DJ to play at clubs. I don’t think I ever heard it again until last year when I went hunting for it.

Someone else who heard it around that time was a Dutch music publisher. As he held copyright for one of the tracks, Venus, the hit song by Shocking Blue, he realised it was a pirate release that used snippets of official recordings. The track had gained some popularity in dance clubs and so he saw the potential in creating his own, legitimate version. 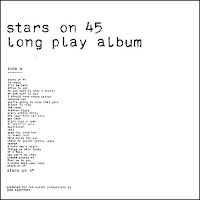 Originally released in late 1979, the result was Stars on 45, which jammed some old pop standards together before delving into the Beatles back catalogue. Produced by Jaap Eggermont, who had been a member of an early incarnation of Golden Earring, it was an incredible feat in the days of analogue recording. Snippets of songs performed by some very talented sound-alikes, all recorded independently, before being compiled against a drum track which provided a solid dance beat. Radio DJs started playing only the Beatles section, and so new edits were made. A second single was released, which included only two non-Beatle tracks. It took more than a year, but by 1981 the single hit the charts around the world. Finally an album was released. Titled Stars on Long Play, the medley was now almost 16 minutes long and consisted of only Beatle material. (The North American cover is reproduced below)

As a teen it took me a little while to determine whether they’d used actual Beatles recordings or not. To immature ears, it certainly sounded authentic. Even now it’s an excellent facsimile. (On a similar note, check out what they did with The Rolling Stones.) 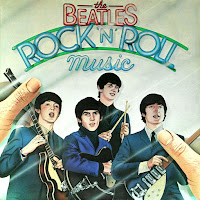 Capitol records responded with all the speed and class for which it’s renowned. For several years they’d been rehashing Beatles material in poorly conceived, themed compilations, such as Love Songs, Rock and Roll, and Ballads, mostly with awful artwork and little input from the Beatles camp. The executives behind the Rock and Roll album, for example, turned down John Lennon’s offer to design the artwork after he complained about the 1950s imagery Capitol used. They also rejected George Martin’s remasters from the master tapes, citing the desire to use original versions no matter how inferior they sounded. And so in March 1982, Capitol released another compilation, Reel Music, featuring songs The Beatles had used in their films. This is an album that screams the label's intention to milk the Beatles cash cow for all it was worth. 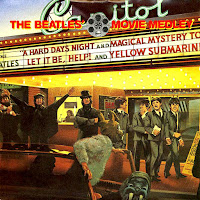 And in the spirit of making money following the success of Stars on 45, Capitol edited seven songs (Magical Mystery Tour, All You Need Is Love, You've Got to Hide Your Love Away, I Should Have Known Better, A Hard Day's Night, Ticket to Ride and Get Back) to create a Movie Medley single. The single reached number 12 on the American charts. In the UK, Parlophone initially refused to release it as they considered it tawdry. Two months later they conceded defeat and released it anyway as they could no longer ignore local demand for imports. It stalled at number 10 on the British music charts. It remains the only Beatles single never released on CD. And I can see why. 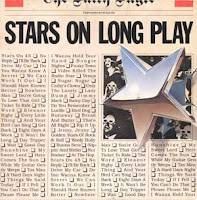 If I had a guilty pleasure, then it might be listening to Stars on Long Play, the extended Beatles medley. I was a teenager when I first bought it, listening to a variety of music. New wave, rock, some disco and, of course, my beloved Beatles. This track tied some of those elements together, and I enjoyed it immensely. I appreciated what they’d done with the music. I’m not a purist who believes the Beatles are so sacred their music can’t be touched. There are some cover versions I really like, many I detest.

More recently, I haven’t particularly enjoyed the Beatle songs as performed by the cast of the TV series, Glee. I’m not a fan of the show nor its musical interpretations, but as a school teacher I heard some kids talking about some of those songs shortly after those episodes. And so I recognise the show’s role in re-introducing bands like the Beatles to modern teenagers.

And whether you love or hate it, that’s exactly what Stars on 45 did for my generation.
Posted by The Doc and the Guv at 05:00

Email ThisBlogThis!Share to TwitterShare to FacebookShare to Pinterest
Labels: Beatles, Blue Box, Let's Do It In The 80s Great Hits, Movie Medley, Rolling Stones, Stars on 45, Stars On Long Play