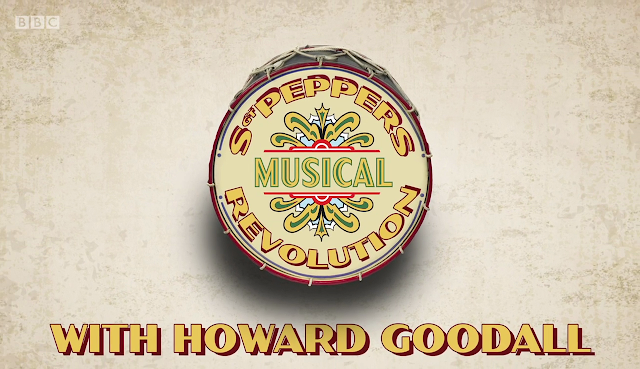 Sgt. Pepper week continues. The BBC celebrated the 50th anniversary of the landmark album by broadcasting a brand new one-hour special that aired yesterday (June 3) on the BBC (and PBS in the U.S. and Canada), Sgt. Pepper's Musical Revolution with Howard Goodall.

Noted British classical composer Goodall narrates this special which explores the making of the album by showcasing snippets of outtakes (some culled from the various 2017 Pepper CD sets, other exclusive to this series) and illustrated by archival films and photographs as well as striking visual effects. The special is an unofficial sequel to The Making of Sgt. Pepper, the fine 1992 doc that is part of the Super Deluxe box set. 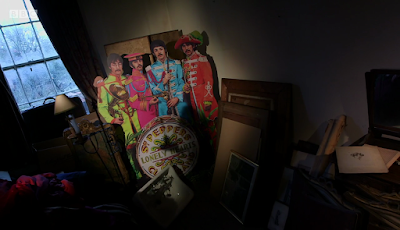 The key difference here is that the Goodall special lacks new appearances by any of the remaining Beatles or their confidantes. Instead, Goodall takes us on a musical lecture-tour of the Pepper sessions. His musical observations are insightful and new even to lifelong fans of the album. Like a good teacher, Goodall offers insight but speaks in terms that don't sail over our heads. Here are some things we learned: 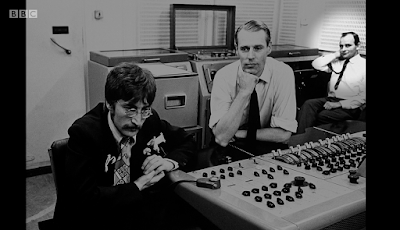 1) In December 1966, EMI recording engineer Ken Townsend (far right) joined the fast and dreamy versions of Strawberry Fields Forever by slowing down the fast one to match the tempo and key of the slower one. He accomplished this by manipulating the electricity supply feeding the tape machine. Remember: there were no computers in those days, just magnetic tape machines. And no, George Martin didn't pull this off, though he oversaw it. 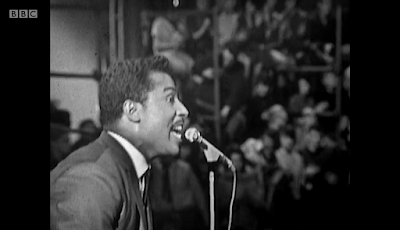 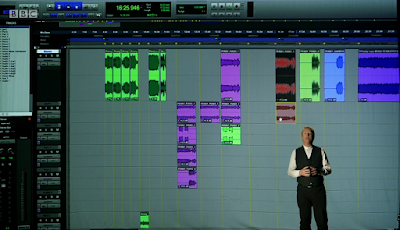 3) Now consider that the piano performance of Penny Lane is actually four different pianos mixed together. 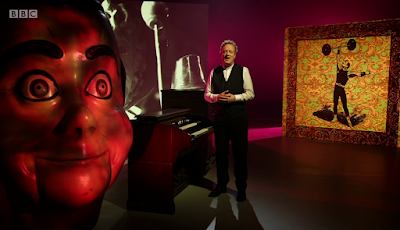 4) The musical "wash" that appears twice in Being For the Benefit of Mr. Kite consists of one-second snippets culled from various calliope recordings (circus organs) that producer George Martin had engineer Geoff Emerick splice together at random. Okay, maybe this is not news to some Beatlefreaks, but the Goodall special isolates several splices of them so you can hear them individually--and that is a revelation. 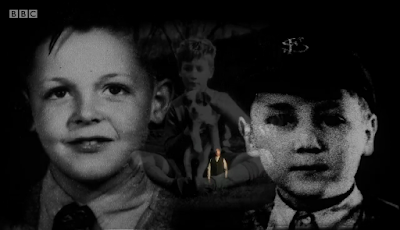 5) John's vocal was recorded at a slower speed, so he sounds younger (and higher in pitch) in Lucy in the Sky With Diamonds, a song that's based on a child's fantasy (Alice in Wonderland). 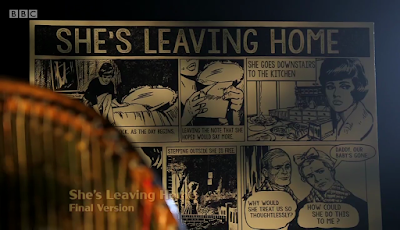 6) Paul's melancholy vocal in She's Leaving Home is rooted in the ancient "modal" tradition that Paul would've absorbed from Anglo-Celtic folk songs he heard growing up in Liverpool. 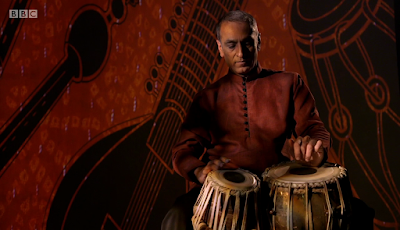 7) The numerous shifts of rhythm (taal) in George's Within You, Without You are absolutely normal in Indian music, though unusual, if not radical, for Western rock music.

8) George's vocal is actually a compromise between Western and Indian conventions. The latter "stretches" single words over several bars--and this bears no comparison in Western songs, certainly not rock. The Goodall special features an Indian singer demonstrating how Within You, Without You would be sung in the Indian tradition, which is light-years from Western music. 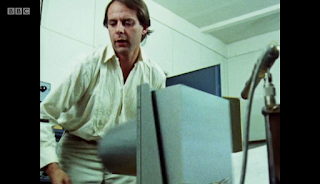 9) The glissando orchestral "rush" heard twice in A Day in the Life was inspired by avant-garde composers such as John Cage and Karlheinz Stockhausen (above). John, and especially Paul, were curious about these composers. They all share a spirit of musical adventure.
Posted by The Doc and the Guv at 12:24