9 things we want in the White Album box set 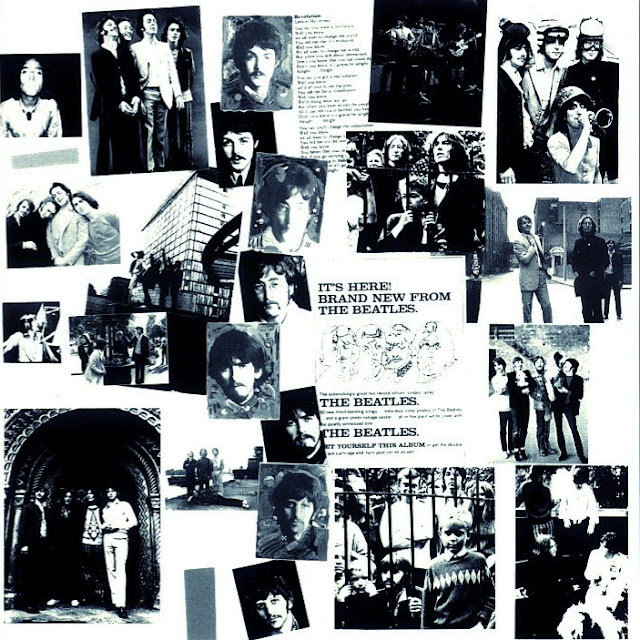 Paul answered the prayers of Beatles fans and confirmed there'll be a box set of The White Album on its 50th anniversary this fall. Amazing!

Immediately, the internet crackled with speculation about what would be on it, or rather what fans WANT. Keep in mind that The Beatles set the bar high with last summer's stunning Sgt. Pepper super deluxe set that was bursting with outtakes, a dazzling new stereo mix and a stunning 5.1 surround sound mix. For The White Album (aka The Beatles) here's our wish list (in no particular order):

Sure, these 23 acoustic demos, recorded at George's Surrey home in May 1968 just before the band returned to Abbey Road, are widely bootlegged and easily available, but the sound quality varies. We'd like to see every single demo remastered and remixed to the quality of the handful found on 1997's Anthology 2. (Yes, that includes What's The New Mary Jane?) The demos were the blueprints of most of The White Album tracks, so are fascinating to compare and a pleasure to listen to. It's the Beatles unplugged. 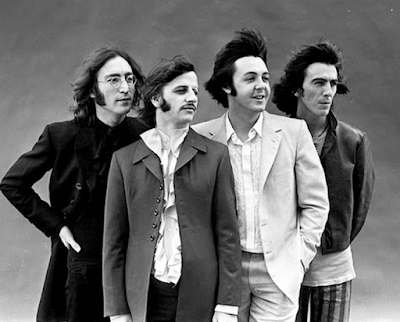 2) A new stereo remix. Giles Martin forever banished the lousy wide-panning of the Pepper album (though I still prefer the original A Day In The Life), and he can apply the same formula to The White Album. This means vocals squarely in the center to anchor the mix, with the instruments placed in the left and right channels to create a balanced, yet exciting sonic picture. In particular, the rock songs, such as Back in The U.S.S.R. and Yer Blues would benefit. Studio equalization would punch up the drums and bass, add muscle to the tracks, and allow, say, the horns in Savoy Truffle to sparkle. All mixes of the album to date suffer from compression to some degree when played on today's audio equipment, which can reproduce sounds with higher highs and lower lows. Plus, add a touch of reverb here and there. 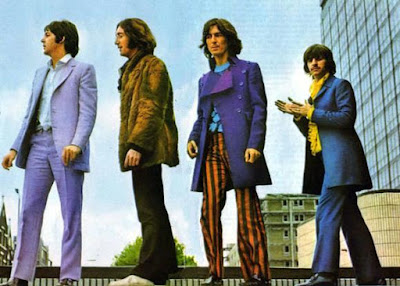 3) A 5.1 surround sound mix. If you play music on a home theatre system, then you know how immersive a proper 5.1 mix can be--it transports you into another world. Just listen to the extended instrumental break in 5.1 of Within You, Without You or the circus collage that ends Being For The Benefit of Mr. Kite. True, the White Album is a simpler album, with fewer instruments and overdubs, but can you imagine Eric Clapton's sinewy guitar in While My Guitar Gently Weeps gripping your room in 5.1? Or the layers of vocals and instruments in Happiness Is A Warm Gun?


4) Outtakes
Is there a slower Glass Onion? A punk Honey Pie? What we do know from bootlegs is that there was an organ on Happiness Is A Warm Gun

and that John wrote Good Night and sang it to George Martin who, alas, regrets he didn't record it. But is there a snippet of that somewhere?


This is a terrific mash-up of Jackie Lomax's released version married to George's Esher demo. Why the hell didn't this make the album? Is there a proper run-through by most or all of the band kicking around?

Not Guilty (Anthology 2), Step Inside Love/Los Paranoias (Anthology 2). Did the band ever run through Circles?

Essential. This version includes the long montage that ends this version. Most of those sounds would form Revolution 9. The track bears a resemblance to I Am The Walrus which also featured an experimental, long fade-out. Listening to this, you hear John's original vision for Revolution, which was supposed to sound like a revolution.

8) And yes, the full 25-minute version of Helter Skelter. It'll probably sound boring and repetitive, but why not if we have the space of a box set. Plus, we want to hear it. At least once. 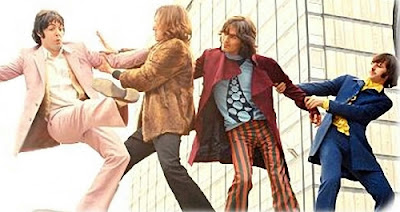 9) Chatter: These were the weird sessions, the ones where the lads were (purportedly) drug free and into TM. It's also the sessions where they seemed to tape everything. Absolutely everything. The original album release had snippets of chatter, and we've heard outtakes of Mother's Nature Son where John suggests the use of brass rather than strings. Any more conversations that might shed light on the recording and songwriting process?
Posted by The Doc and the Guv at 01:41