This is the first in a series of features celebrating the 50th anniversary of The Beatles' landmark Revolver album. 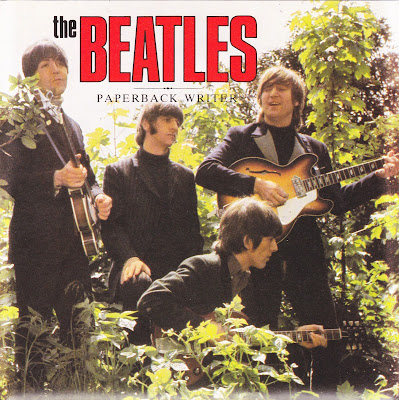 Innovative in sound and lyric and influencing rock bands decades after its release 50 years ago today, Paperback Writer was the first Beatles' single to be greeted by disappointment.

It was the first single since She Loves You to fail to immediately hit #1 upon release, though it would covet the top spot for two weeks on both the U.K.'s New Musical Express and American Billboard charts. Critical reaction was mixed. In 1974, British music critics, Roy Carr and Tony Tyler, wrote that "opinions still differ as to the merits of Paperback Writer, the first Beatles single to receive less-than-universal acclaim."

Today, that's astonishing to read, but then again, Paperback Writer and its brilliant b-side, Rain, are considered two songs created well ahead of their time.

Can you hear me?

A few weeks into the Revolver sessions on April 14, 1966, Paul McCartney strolled into the EMI Recording Studios on Abbey Road, sat at a piano and confidently declared to his bandmates, "Gather 'round, lads, and have a listen to our next single."

Paul then pounded out a catchy tune about a wannabe writer, and directed John and George where to harmonize. "It was obvious to everyone in the room that this was an instant hit," engineer Geoff Emerick recalled in his memoirs, Here, There and Everywhere.

Artistically, both sides of the single broke from the traditional boy/girl lyric found in all previous hits, including the Beatles' recent We Can Work It Out/Day Tripper. Trite love songs still ruled the charts (and still do today), but by mid-April 1966, Bob Dylan had revolutionized popular songwriting with his 1965 albums, Bringing It All Back Home and Highway 61 Revisited, which burst with abstract images and symbolist poetry. No love songs here.

Paperback Writer would be Paul's first "story" lyric, where he tells a tale in the third person, namely about an aspiring writer whose son works for the Daily Mail and wants to get a novel published. Paul delivers a sharp vocal, but the highlight is the refrain, sung in harmony with John and George and drenched in heavy echo.

Sonically, Paperback Writer also boasts a gorgeous, fat bass line that was inspired by American soul records from Stax and Motown. The bottom end never sounded like this on any Beatles' (or British) record to this point. The Beatles were tired of hearing superior bass on American records and demanded a change. "Pull out all the stops," Paul instructed the band's new recording engineer, Geoff Emerick. "This song is really calling out for that deep Motown bass sound."


Long technical story short, Emerick experimented by wiring a loudspeaker as a microphone to max out Paul's bassline, which, by the way, he was playing from a beefy Rickenbacker instead of his "thinner" Hofner violin bass.

Paul also played the fuzzy lead guitar (though some believe it was George) which was also the Beatles' first distorted guitar. 1966 Beatles is noted for this sound which reflects the music their peers were making from London to San Francisco. Paperback Writer as well as Rain owe more to the Yardbirds' hit of the previous summer, Heart Full of Soul, than the clean twang of I Want To Hold Your Hand. The Beatles did not invent this sound, but helped popularize it.


The same goes with the b-side, Rain, which was every bit as inventive as the a-side, but decidedly less commercial. It's widely considered the band's finest b-side, though in my book, it's really on equal footing with Paperback Writer, like We Can Work Out complements Day Tripper.


This Lennon track owes an obvious debt to the Byrds, the California band that was in turn influenced by The Beatles' 12-string Rickenbacker sound. However, the lyrics, which were definitely not boy/girl, were inspired by LSD that John was starting to drop regularly around this time.

Studio trickery here amounted to slowing down the rhythm track to make it sluggish and playing the vocals in the fade-out backwards. Though George Martin took credit for this innovation, it's more likely (as corroborated by engineer Emerick) that John got stoned on hash one night and accidentally spooled his reel-to-reel tape backwards on his home deck. The sound blew his mind.

The song creates a dazzling, colourful world of its own that the listener can slip into for three minutes, like Alice tumbling down the rabbit hole. However, the sound texture of Rain would've been too far out for 1966 radio, and for years it was a nearly-forgotten gem. 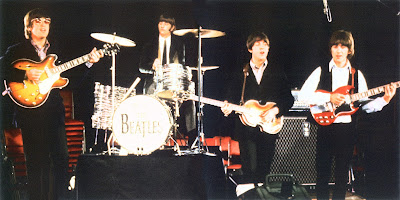 In the digital age, Rain finally gotten its due. Until 1987, the track was not featured on any album, including compilations, and found only if you picked up the Paperback Writer single. Even then it was mixed only in mono. However, I would argue that the wide-panning stereo on today's releases it terrible. Ringo's high-hat is to loud in the mix, and the stereo picture is too disjointed with vocals and instruments separated by a thousand sonic miles.

A word about Ringo's drumming. Ringo himself feels that Rain features his best drumming, but I disagree. His shining moment came a few weeks later in mid-1966 when The Beatles recorded She Said She Said.


I can show you 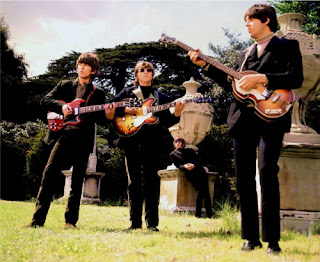 Paperback Writer/Rain was a preview of their forthcoming album, Revolver. I suspect that few fans realized it at the time, but The Beatles in June 1966 were searching for new sounds and tired of their cute moptop image. Like all great artists, The Beatles were too talented to stand still. Sure, their records would continue to sell millions and top the charts, but who was really listening? Unlike She Loves You which launched The Beatles in 1963 Britain or Hey Jude which would become their biggest-selling single, Paperback Writer/Rain would be overlooked in its time and not fully appreciated until many years later for its originality and innovation.