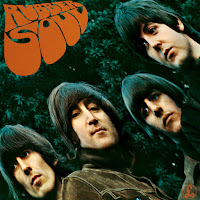 The Doc and the Gov recently held a long-distance listening party to celebrate the fiftieth anniversary of this album. Here is their track by track discussion:

Doc: It's the first Beatles song where the bass leads the song and remains its focus. George suggested the bass line from Otis Redding's Respect.

Guv: And the cowbell with the short piano fills all suggest Motown. Plus Drive my Car is, supposedly, black innuendo for sex. A great choice for an album opener, especially when the title puns "soul" music. During the recording of I'm Down, as we know, Paul called out 'Plastic Soul', which was a term he'd heard soul musicians use to describe Mick Jagger.

Doc: This is the fattest bass line that Paul laid down to date. I think the big take-away here is musical: The Beatles were starting to push studio limitations sonically. British pop records sounded thin in those days.

Guv: And this is where Paul started becoming melodic in his basslines.

Doc: Another instrument leads this song, something truly exotic, the sitar. The perfect choice. Otherwise, it would have been acoustic guitars.

Guv: To teenage ears of 1965 it must truly have sounded otherworldly. It carries the song, give's it an identity. There are layers of texture. A light touch on bass after the thumping Drive My Car.  Deft footwork from Ringo, with the kick drum buried deep. This is a really nice mix.

Doc: Lyrically, it's actually a nasty anecdote about a guy spending the night with a girl, not scoring with her, but sleeping in the bathtub instead, then taking revenge in the morning by torching her flat. Musically and lyrically it packs a lot of ideas in 120 seconds. One of the album's best songs.


You Won't See Me

Guv: Two songs in a row lyrically about being rejected.

Doc: Paul was quarreling with Jane Asher at the time and his angst came out in this song and I'm Looking Through You. The tempo was inspired by the Four Tops' It's The Same Old Song, with the driving beat. Great song.

Guv: Both Paul and John deliver these songs in laconic, weary voices. They seem to drag behind a little. Both underplayed, particularly after Drive my Car. But where John was bitter and vengeful, Paul is just tired and saddened.  Paul's weariness is countered with the lightening 'Ooh La La' backing vocals, softening it.

Doc: Not praised enough, if you ask me. Sure, it's a boy-girl lyric, but Paul's anger gives it bite than anything he wrote before that.

Guv: Two songs about a quarrel with Jane Asher, both visual metaphors. I'm Looking Through You, and You Won't See Me.  Hmmm 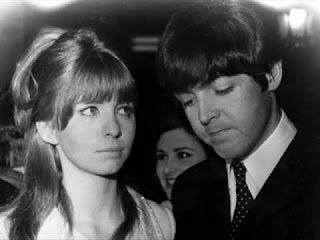 Doc: The first non love, boy-girl lyric by the Beatles. Not a step forward, lyrically, but a running leap.The lyrical sophistication and the intricate three-part harmonies make this a special song.

Guv: Although we'd had three part harmony before, This Boy for example. Nowhere Man is the first indication they had something special. Almost a precursor to Because on Abbey Rd. And, famously, John singing about himself in the third person. A different take on himself, as compared to Help! Nice little guitar parts and solo from George, ending on a a harmonic which just rings through.

Doc: Clever arrangement by opening acapella. Catches your ear every time. A lesson in song structure here. Dylan covered this song in concert a few times, saying he always loved the lyric. Nowhere Man was a #1 single in both our countries and hit #3 in American Billboard in early 1966. That's important, because it signaled to the world that the Beatles were moving away from boy-girl teenybopper music to songs that were more mature and complex.

Guv: It was an EP here, but it was at a time when EPs were on their way out. It seems it might have been a single in the US because the Americans omitted it from Rubber Soul and held it over for Yesterday and Today.

Doc: Back to back non-love songs.

Guv: George's first foray into something deep. There are suggestions it's about Pete Best. Wikipedia certainly comments it was shortly after the Pete Best lawsuit.

Doc: Maybe it was about Pete Best, but I'm not convinced. The lyrics are a leap for George. I mean, he recorded I Need You before this.

Guv: Nor me. I suspect it's a general warning. At this time I think the Beatles were so famous they were being approached by charlatans and con-men from all directions, and so many untruths were being written about them in the media. Mostly I think it's a general anti-establishment/government warning to the youth. There are several songs on this album that indicate the future of hippy-ism. Two basslines, the fuzz and the regular. It's thick, full and rich, and works.

Guv: John starting to think about universal love as a concept, something he revisited with All You Need is Love.

Doc: Not the most memorable melody, but a solid lyric and performance. For me, the musical highlight is George Martin's harmonium solo near the end. That burst awakens the tune.

Guv: Interestingly, this is the first song they wrote while smoking pot.

Doc: That would explain the hippy vibe of the tune. 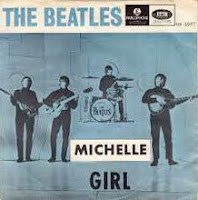 Doc: This would've been a number one single. Unusual for a ballad to close side 1. Every album till then closed with a rocker.

Guv: I just read about the origins of this song in Lewisohn's book. John received some money for his birthday, so they took off to Paris for a holiday. George, in particular, was not impressed as they had to cancels gigs. Paul wrote this psuedo-French thing, mocking some of the people he'd met there on the left bank. Years later John suggested he rewrite it,because it had a pretty melody. It's delicate, recalls French chanson, without falling into a cliche or parody.

Doc: Beautiful. I have no complaints about it. Again, the bass gets the spotlight here.

Guv: Yes, light touch, great accents. Paul's playing is imaginative, and not just playing root notes or traditional lines. The guitar solo in the middle is bittersweet. Sad, yet loving.

Guv: Interesting. Recorded in nine hours, with some speculation it was mostly McCartney on overdubs - including backing vocals and drums.

Doc: To be honest, I replaced this with We Can Work It Out on my iPod. It was the b-side to the US Nowhere Man single and in my opinion should've stayed there. It's the token Ringo song.

Guv: Throwaway song, An album filler for Ringo. And his first co-writing credit, with a country feel. Listening to it on headphones, the guitar playing, while jagged, is a little sloppy.  Not much effort went into this one. 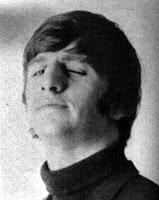 Doc: Another love song, but the songwriting elevates it.

Guv: And it's another introspective song from John. Reading between the lines, John is already wanting to leave Cynthia, and sees himself as the victim.

Doc: I like the Greek guitar flourish at the end. Another exotic accent on an album that already features an Indian sitar, French lyrics and a Memphis bass line.

Guv: Along with the hidden jokes of the 'tit tit tit' backing vocals and the audio of toking. They were like schoolboys trying to get away with a prank. I can almost imagine them giggling, wondering when schoolmaster Martin would catch them out.


I'm Looking Through You

Guv: A wonder, beautiful song from Paul. Fantastic lyrics, melody and instrumentation. Some optimism, but honest and pained.

Doc: An overlooked Paul song. The rhythm propels it. Biting vocal by Paul. Both the early version and the final version are powerful yet vastly different. Definitely a deep cut.

Guv: Ringo has some unusual involvement here. He plays some percussion on his legs, and a matchbox, but also played the two note strikes in the chorus on a Hammond Organ.

Doc: Lastly, I consider the US mix with the extra notes in the intro, the true and complete version. The UK mix always sounds incomplete to my ears.

Guv: I guess it's what you grew up with. I found the US one to be interesting, but a bit of a novelty. 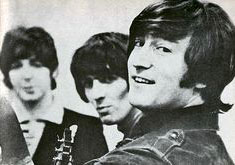 Doc: What else is there to say about this song that hasn't been said? It's one of the finest songs by The Beatles or anybody.

Guv: It would have been a fine song with that melody regardless of the lyrics, but the final words truly lift it into something special and resonant.

Doc: As a test, sequence this song in the middle of any previous Beatles album. This song is light years ahead of anything they recorded before (like Nowhere Man).

Guv: There's nothing on there I would change. And it started out about memories of Liverpool, which ultimately led the way to Sgt Pepper. Lennon says McCartney contributed to the bridge. McCartney says the melody is entirely his, having taken John's lyrics to work with.

Doc: Me being me, I would remix it and reduce the wide panning, but more about that later.

Doc: Going from In My Life to Wait is a slight let-down, like eating steak to a Big Mac. Definitely album filler and an anachronism, since it was written during Help!

Guv: An apt simile, and definitely filler. Recorded during Help!, with overdubs added so it was sonically similar to the other Rubber Soul tracks. It's not a terrible song, it's just that in comparison to the other songs on the album, it's lacklustre. 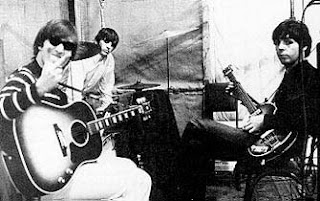 If I Needed Someone

Guv: Another fine and worthy contribution from George, He even played this during his 1992 Japan concerts.

Doc: Definitely it cops The Byrds' Bells Of Rhymney, which itself is an English folk tune about miners, but it works for me.

Guv: Harrison sent a tape of it to McGuinn prior to release. But yes, he riffs off the Byrds, who based their entire career on George.


Run For Your Life

Doc: Another nasty-to-girls lyric by John, like You Can't Do That. But this is filler.

Guv: This song has had some bad press over the past few years. A couple of radio stations have banned it due to it's suggestions of domestic violence. John based this on an Elvis song, Baby Let's Play House. It simply doesn't come up to par. And it's a weak ending for such a strong album

Doc: I'd rather listen to take 5 of this song off Mythology. If you think the released version smells of domestic violence, take 5's vocal is pathological. 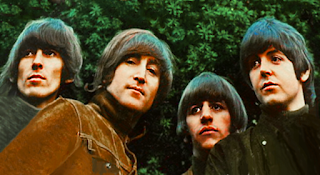 Watch out for Part Two of this conversation, coming soon!
Posted by The Doc and the Guv at 07:18