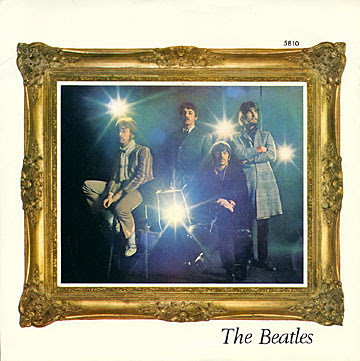 It was the age of vinyl and I had worn out the grooves of the 1973 Apple/Capitol double-compilation 1962-66 ("red" album) and had eagerly taken him home the companion 1967-70 "blue" album from Sam the Record Man on Yonge Street in Toronto. I threw the disc on my father's turntable, cranked it up and dropped the needle on side 1 of the album. I heard this funereal dirge (Paul's mellotron) then this ghostly voice intoning, "Let me take you down..."

It sounded like shit. It sounded too slow. It sounded ugly. It was Strawberry Fields Forever, released 50 years ago today in the UK.

Like a lover you grow to understand her idiosyncrasies, it took me a long time to first understand just what the hell John Lennon was saying when he sang, "I think I know of me, ah yes, but it's all wrong" and more time to appreciate just how good the song was.

On March 11, 1967, Dick Clark played the video of SFF and Penny Lane to an audience of American teenagers. Most of them had heard I Want To Hold Your Hand, Help! and Yellow Submarine, the band's last number one, and the clever ones would have clued into Tomorrow Never Knows,but this song blew them away...or confounded them. The reactions after seeing the "film" what we call "video" now) included:

"I thought it was great."

"They looked older and it ruins their image."

"Their mustaches are weird!"

Pete Townshend was one of the first to hear the single before release. He noted that Lennon looked gaunt and nearly unrecognizable, and the music that emanated from the turntable was strange:


Brian Epstein had summoned me, with Eric Clapton, to be the first two artist-peers to hear "Strawberry Fields Forever" and "Penny Lane", The Beatles' new recordings, on an eight-track tape recorder. John was nervous, I remember. He was with Cynthia, his first wife, and she seemed more relaxed than he was. After we had heard the tracks, I was speechless. 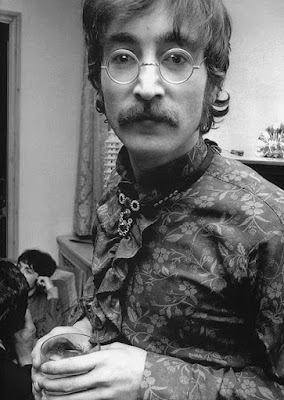 The New Musical Express' Derek Johnson wrote: "Certainly the most unusual and way-out single The Beatles have yet produced – both in lyrical content and scoring. Quite honestly, I don't really know what to make of it."

The Beatles, like contemporaries Bob Dylan, The Rolling Stones, Brian Wilson and soon Jimi Hendrix and, in jazz, Miles Davis, strove to push the boundaries into new sounds, but they risked leaving their audience behind. Just ask The Beach Boys, whose Smile confused a lot of their fans in the late-60s. With its backwards tapes, slowed-down vocals, audio loops and avant-garde sounds inspired by Stockhausen, Strawberry Fields Forever invaded the pop charts. In the week it was released, the U.S. top 10 looked like this:

Some fine songs by great bands here, including The Supremes and Spencer Davis, but the closest song approaching SFF in inventiveness was Ruby Tuesday by their alleged rivals, The Stones. SFF and Penny Lane sounded like something from outer space.


It's a crime that SFF reached only number 8 on the U.S. charts and with Penny Lane only 2 in the U.K. Now it's universally lauded as the greatest Beatles--or rock--song next to A Day in the Life.

Once in a while a piece of art will reach its audience that's ahead of its time and the audience must catch up. Stanley Kubrick's 2001: A Space Odyssey is a good example. The Beatles began as a teenybopper band and SFF/Penny Lane announced them to be artistes. This single has endured as a masterpiece and its influence is incalculable.

Me, I hated Strawberry Fields Forever, and now it's my favourite song of all time. Period. It speaks to me like no other. It doesn't just entertain me, but moves me. It means something. A book, a movie, a painting, a song, whatever. You are what you love, and I love Strawberry Fields Forever. It will play at my funeral and birthdays.  It is true and beautiful. It will always be a part of me, and we all need a piece of music like that.
Posted by The Doc and the Guv at 16:51